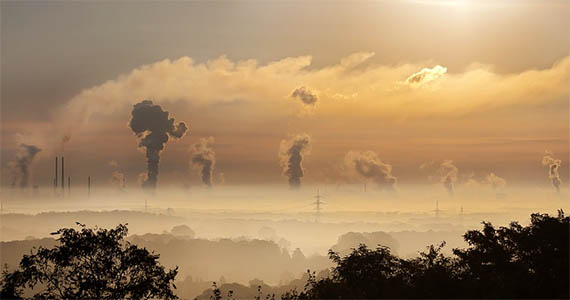 For several days after I sold my Bitcoin (or more accurately, sold my .044972 Bitcoin), I had daily encounters with people pointing out that I left money on the table and asking if I’m sorry I got out before the top. The answer is a resounding no. Why?

My answer to the often-asked question, “What is Bitcoin?” was something like, “Bitcoin is a really cool piece of computer code that some unknown person or group created and turned loose. No one is in control of it and it will change the world.” I said this enthusiastically, with admiration for the genius of Bitcoin’s creator. What could possibly go wrong?

I now believe this is like a character in the movie I Am Legend describing their measles mutation as, “A really cool piece of genetic code that could change the world.”

But the effect of Bitcoin on the world’s pollution levels is becoming well-documented and I have written elsewhere about how Bitcoin can be thought of as a world-wide pollution virus.

As someone who bicycles to work every day, I regularly rail against Salt Lake City’s poor air quality. After reading that processing a single transaction (not a block) consumes more electricity than my house in July, I couldn’t be part of it.

And yes, I know that the blockchain will not miss my participation.

Not a Financial Investment

I’d be lying if I said that I didn’t kick myself for not buying Bitcoin in January when I first decided to learn about it. But I often spend money on classes, books, and conferences and considered my coin purchase to be tuition for learning about blockchain. The fact that I got a tuition refund was a bonus.

Bitcoin Does Not Work as Advertised

Bitcoin’s creator, “Satoshi Nakamoto” dreamed of replacing and democratizing the world’s monetary system. He wanted to bypass intermediaries and bring money to the unbanked and undocumented through a combination of tiny transaction fees, shortened transaction times, and ubiquitous adoption.

I did not experience any of these features.

Intermediaries, the unbanked, and the undocumented
The only way into Bitcoin (other than mining) is to buy it with fiat currency—dollar, euros, etc. And for that you need an intermediary. You might be able to find someone in town who will anonymously sell you Bitcoin for cash, but if you use one of the more popular exchanges you will need to be both banked and documented. And you will need to pay…

Transaction fees
Intermediaries exist to charge fees. Your neighborhood money changer can charge whatever he wants. My experience with Coinbase included charges of around 4% to move money between fiat and Bitcoin.

Shortened transaction times
Satoshi envisioned clearing transactions in minutes rather than days. But limited space in a block and miner discretion about processing transactions means that clearing takes far longer than the expected 10 minutes. My experience was that transactions—even when paying a high transaction fee—took over six hours to clear. This is not fast enough for use in everyday transactions, which prevents…

Ubiquitous adoption
This is also prevented by the incredible level of difficulty of using Bitcoin. It is not for the faint of heart and there is huge potential for losing your money with no recourse.

What I Believe Now

Bitcoin is still in it’s youth and many of the problems I’ve identified above might eventually be solved. But we will probably just move on to more advanced forms of digital money.

There is still a crying need for reform of the financial system and I’m bullish on second generation cryptocurrencies like Dash or Zcash being a huge part of the solution. I can also see a future where post-speculation Bitcoin has a role as something like a world reserve currency.

I started this year fascinated by and bullish on blockchain technology. I still think there is huge potential for distributed ledgers and I intend to be part of that.