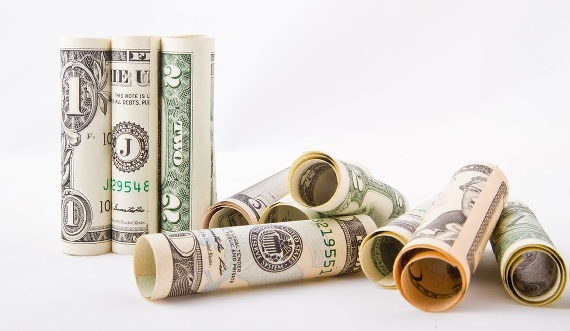 In the last three posts, I bought Bitcoin, discovered how it is stored, and even went to Iceland to find out where they come from. (Fact check: That is not why I went to Iceland.)

Let’s be clear: Bitcoin is not money.

In other news, Bitcoin is money.

Bitcoin is not Money

This is not my opinion, it is a matter of law.

In 2014, the IRS officially classified bitcoins as physical property—they would only be taxed when sold. In 2015, the Commodities and Futures Trading Commission defined bitcoin and other virtual currencies as “commodities.” In 2016, case law was made when a Florida judge threw out a money laundering charge involving a Bitcoin seller. Her ruling was that Bitcoin is not money, so it can’t be used for money laundering.

Basically, “money” requires one thing: backing. Money has to either be backed by the inherent value of the precious metal from which it is made (e.g. a gold coin), the promise of the bank issuing the money (e.g. checks and gold certificates), or a government (e.g. dollar bills).

Bitcoin is not money in the United States because it does not have the status of legal tender. All bills include the phrase, “this note is legal tender for all debts, public and private.” Legal tender is a form of payment recognized by law that must be accepted by a creditor.

Our experience with money is that it is something you have and carry around and use to buy things. And while our parents’ idea of money was coins and paper, most of us are totally fine thinking of money as a plastic and bits and bytes.

Common sense says that Bitcoin is money. So does the dictionary:

something generally accepted as a medium of exchange, a measure of value, or a means of payment — Miriam Webster Dictionary

Bitcoin is not Money—It’s Better

While the economists, bureaucrats, and philosophers argue to put Bitcoin into a box marked “money” or to put it in a box marked “not money,” users are happy to ignore the question altogether. Ask a Bitcoin evangelist and he’ll just point out how much better Bitcoin is at being money than money itself is:

Bitcoin is not Money—It’s International

I always enjoyed going abroad and changing my real American dollars for the colorful Monopoly money of Canada or Mexico. The currency exchange booths showed a signs with a dozen or so currencies:

Each currency code starts with the letter of the country backing it. One sign you won’t see at the currency booth: XBT — Bitcoin.

Exchanging currencies is part of the money experience, and because no country backs Bitcoin, there is no need to change it. I can use the coins put in my wallet in Utah to buy a portabello mushroom sandwich from Roast of Sherwood in London, which recently started taking Bitcoin.

But I’ll have to remind myself as I’m paying for my sandwich that Bitcoin is not money.