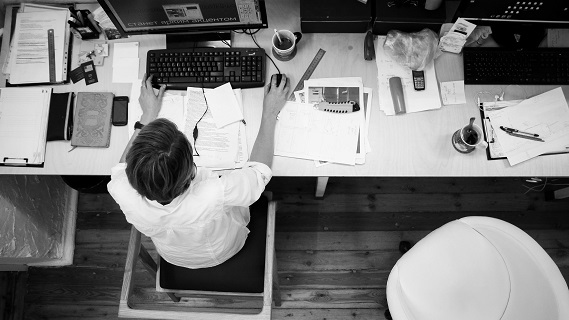 So much of the online career/success/coaching literature hates on the idea of being an employee. Choosing to be an employee is for those who are unmotivated, lazy, and unimaginative. Be an employee—the story goes—and you have doomed yourself to a life of subservience, mediocrity, and poverty.

The arguments against being an employee are compelling and often true:

The arguments in favor of being an owner are also beguiling:

The message is clear: employees are short-sighted fools, while owners are smart and cool. So which would you rather be?

Most either/or questions are just wrong. They are simple and appeal to our innate desire for a black and white, zero sum game. “It’s Coke not Pepsi. There, done. What’s next?”

Of course, this is ridiculous. There is always a third way, and a fourth way…and usually a way to ignore the question altogether.

Owner or employee? I say do both. And not in some, I’ve-got-a-job-and-a-side-hustle way, but in a real, this-is-why-I-am-on-earth way.

There is a lot to be said for being an employee, which is why it’s the overwhelming choice for earning money. Employees get to conserve a lot of cognitive by arriving at work, getting a job description and list of tasks, and then doing it and going home. They don’t have to worry about strategy or market conditions or the big picture. They get to be chosen rather than having to choose. They go to meetings and eat donuts.

Owners, on the other hand, have it rough, which is why owners are more rare. They have to worry about strategy and market conditions and the big picture. They make the hard choices. They call meetings and buy donuts.

Wouldn’t it be nice if you could enjoy the worry- and energy-conserving benefits of being an employee while at the same time get the upside of ownership?

In The War of Art, author Steven Pressfield describes how he acts as both a boss and an employee. At different times during his week he functions as a producer who hires and fires writers, and as a writer who is hired and fired…by himself.

This marvelous recent post has Pressfield illustrating the relationship; coming up with an idea for a book and—as the producer—hiring a guy named Steve Pressfield to write it. Later, when a draft is delivered that is as good as the first writer can make it, he fires that writer and brings in a second guy (who also happens to be named Steve Pressfield, but who doesn’t have the baggage of the first draft) to come in and do a rewrite.

This is a beautiful idea and solves the either/or problem. Pressfield the producer conceives the project, takes care of the bills, the correspondence, the meetings, etc. He then hires Pressfield the writer to do just one thing: write the book as directed.

Is this split personality stuff just a mind game? Maybe, but Pressfield is not the only guy to advocate it.

Michael Gerber’s The E-Myth Revisited teaches aspiring business owners that it takes three different personalities to run a business: The Technician, The Entreprenuer, and The Manager. He notes that in the beginning of any enterprise, one person will probably play all three roles. Gerber recommends drafting a job description and contract for each position.

There are three big advantages to splitting yourself into different roles:

So, how do you go about splitting yourself into the various roles any successful enterprise needs? Here are a few best practices I’ve gathered:

For the third quarter of this year, I am experimenting with this employee/boss relationship.

On June 30, I held a management retreat with myself and created an entity called the Kwin Peterson Institute. I drafted a mission statement for the Institute and a set of objectives and key results for the quarter (you can see them here). I also hired my first staff member—a talented but occasionally unmotivated guy named Kwin—to work at the institute. Once a week, I sit down as the director of the Institute and review Kwin’s work for the week as documented in his key indicators. I type up a report and give it to him along with his assignments for the week.

Is this insane? Possibly, but the results so far have been promising.

And if it all goes wrong, I’ll at least know who to fire.