In a previous post, I reviewed what I learned about storing bitcoins in various kinds of wallets and chose a way to store my coin so that it would be truly mine. Today, I will talk about actually moving Bitcoin. 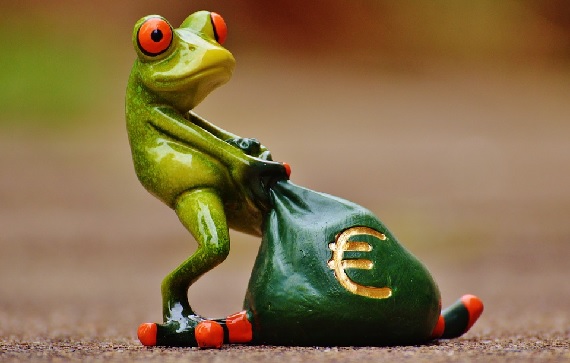 When I take money out of my bank, (a hosted wallet is a lot like a bank account), I go to the ATM, pull out the cash and transfer it to the wallet in my pocket. The process for moving Bitcoin is a lot like that (except that you have to make a wallet to put your coin in before you can transfer it).

First I downloaded the Copay app and went through the setup process, which involved the usual stuff plus picking 12 random words. The app will use these words as the seed to generate private keys for any wallets I create. (They also serve as a backup to my wallet because I can plug them into an encryption tool like this one to turn my random words into a private key that I can import into a new wallet.)

After I created my wallet, I logged into my Coinbase account and clicked “send” to initiate a transaction; here is a screenshot. 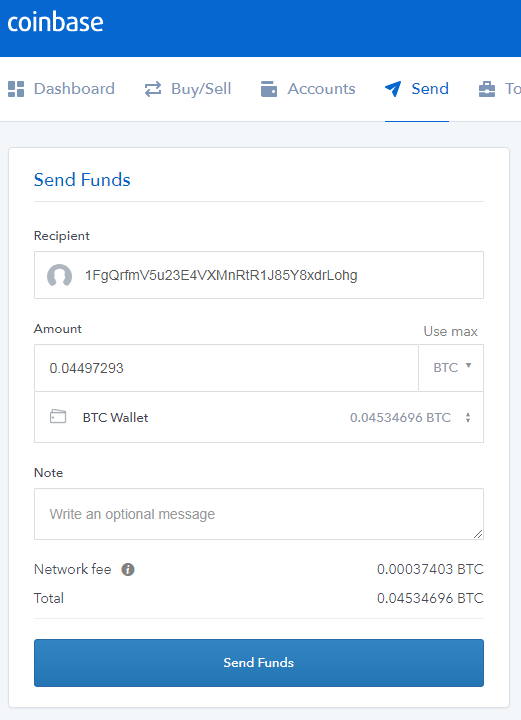 The “Recipient” is the address you are sending the coin to.

When you use Bitcoin to buy stuff from a vendor, they generally have a QR code or some easy way for you to copy the address. Since I was sending this to myself from a desktop computer, I had no easy way to copy the QR code, so I typed in the address very, very carefully. I don’t know if Coinbase has a way to retrieve coins that are sent to a non-existent address, but I didn’t want to find out.

The second line is the amount of Bitcoin I am moving. I wanted to move all of it.

The third line is for a note about the transaction. This is like the memo line on a check.

During periods of light trading or if the transaction is a low priority you can save a bit by setting it low. I was moving bitcoin during a time of high trading (because everyone was doing the same thing I was) and I wanted to get this done before the split, so I set the fee pretty high.

(For context, the fee of .00037403 Bitcoin translated on the day I made the move to about a dollar to move $124—higher than credit card fees for sure. But it is worth noting that fees are based on the size of the transaction not the value, so it can cost the same to move 1,000 bitcoins as it does to move .5 bitcoins.)

After hitting, “Send Funds,”  I was presented with a confirmation screen that also required me to verify my identity with two-factor authentication. 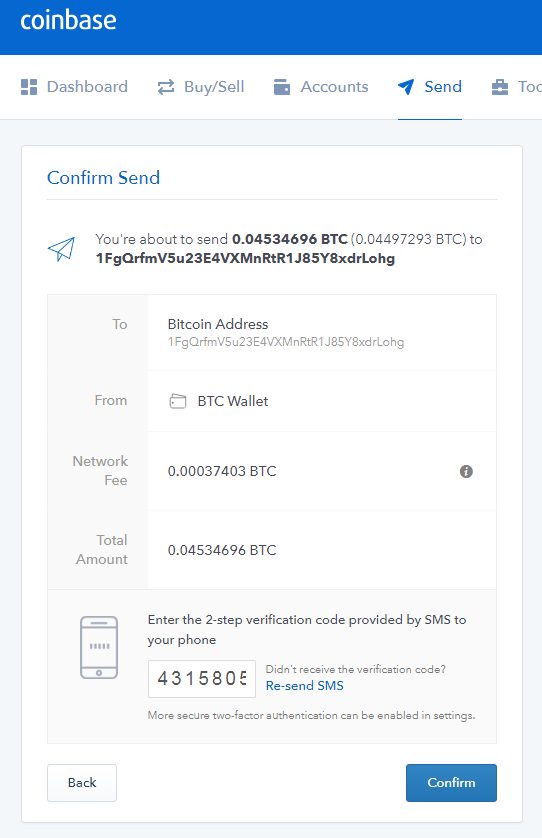 When you move normal money, the bank takes responsibility for moving the money to and from the right place and verifying that the people involved are who they say they are. We pay the bank for this service in fees or through them not paying us interest.

Finally, I saw the success screen. 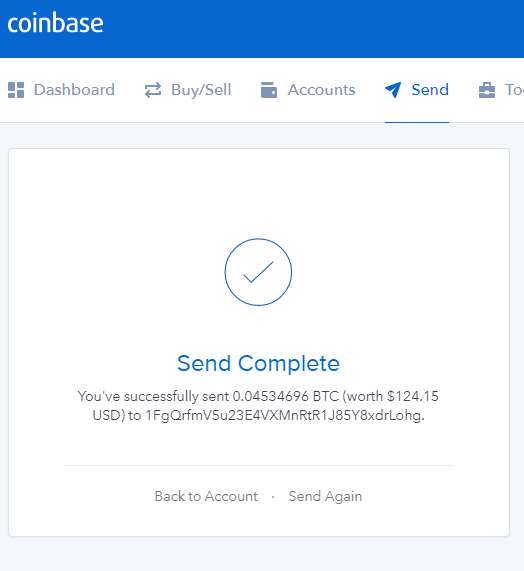 Whoo-hoo! Success. My coin is now in my wallet!

Moving Bitcoin into my Wallet 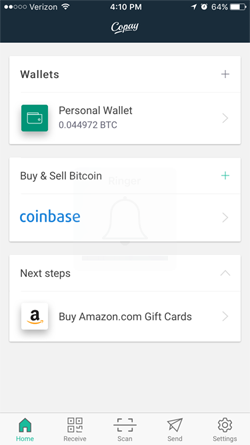 I immediately whipped out my phone to launch the Copay app and see my Bitcoin, but it was empty.

Ahhh! Did I screw up the address entry? “No,” I told myself. “Remember, the blockchain only updates about every 10 minutes.”

I would have to wait until the miners put my transaction on the block. I wouldn’t be long, I was sure, since I had paid a pretty high transaction fee.

Ten minutes went by. Then an hour and I had to stop obsessing and go to work. (Ok, there was still some obsessing through the morning, but no movement.)

Finally, I checked late in the afternoon and was relieved to see funds in my wallet. All told, the transaction took six hours to complete. Why so long? The blockchain was unusually busy and blockspace was limited so transaction fees were high. In the future, transactions will probably be cheaper and faster as the block size increases.

So now I have Bitcoin. I have the address and I have the private key. The transaction will exist on the Blockchain for as long as the blockchain exists. It is a little piece of immortality.

And who knows? Someday it may even be worth something.

I really just wanted to own Bitcoin to help me figure out the blockchain, and I have learned a ton. One of the most interesting things I’ve learned (and need to keep reminding myself) is that Bitcoin is not money. In my next post, I’ll describe the similarities and differences between Bitcoin and money.

If you have a question about Bitcoin, drop it in the comments, or email blockchain@kwinpeterson.com and I’ll try to get it answered.