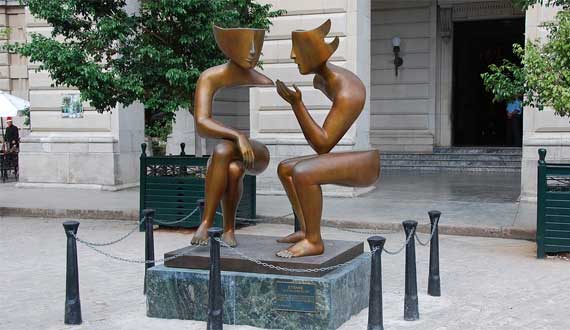 Ignorance is bliss, but staying ignorant can also take an awful lot of work. Take, for instance, myself and the Bitcoin Blockchain.

I first became aware of Bitcoin in a 2011 podcast that described the currency as a “coin” that didn’t exist actually exist but that was worth $22. My response: “Bitcoin makes no sense.”

Later that year, I encountered the currency again and heard that it was now trading at $2. My response: “Well of course it went down; Bitcoin made no sense.”

I began actively ignoring Bitcoin and was so successful that it didn’t enter my consciousness again until in 2013 when descriptions of the Silk Road dark marketplace taught us that Bitcoin was the currency of this underworld. My response: “Oh, this totally makes sense—Bitcoin is for drug dealers.” I congratulated myself for having made sense of Bitcoin and on not being associated with it. I knew this nonsense would now disappear.

2014 and 2015 happened, and Bitcoin kept not disappearing. Plus, this other word began to come up: blockchain. My response: “Bitcoin and blockchain make no sense.” But ignoring Bitcoin was getting harder as mentions of blockchain became more intriguing and non-drug dealers I knew started working with the currency.

Finally in December 2016, I heard this excellent podcast where Adam Robinson tells the story of a great investor whose chief strategy is to invest in things that “don’t make sense.” I was working on my 2017 goals at the time and added to my worksheet a note to make sense of blockchain.

“Become a Bitcoin/Blockchain Expert in 2017”

In 1995, I stumbled onto the World Wide Web, and built one of the first 20,000 sites on the web, thus becoming an expert on html. But the first Bitcoin was created in January of 2009; was 2017 too late to become an expert in blockchain?

Apparently not. Some of the smartest people I know had not yet heard of blockchain. And while a lot of brainpower and at least hundreds of millions of dollars have already flowed into the blockchain space, there is still a lot to learn.

My goal is to become a blockchain expert in 2017. Since a lot of people I have talked to are as confused about blockchain and Bitcoins as I am, I’ll recount what I’m learning here. Follow along if you wish (or click here to get my blockchain learing by email). If you have a question you’d like answered, send it to blockchain@kwinpeterson.com. I’ll find the answer.