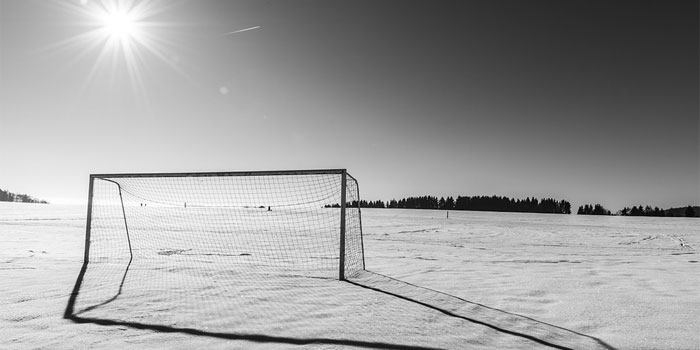 Each December for the last five years, I have taken at least one day off to set goals. (In 2016 I took a whole week!) Last December I skipped it…and I’m never going back.

Any success I had was dumb luck, the kindness of others, broken clocks occasionally being right, and providential grace—and I knew it. I eventually ran out of dumb luck, used up a lot of kindness, and found that the clocks were right less often.

But grace did not fail and two chance encounters in 2011 changed my trajectory…and my opinion of goals. 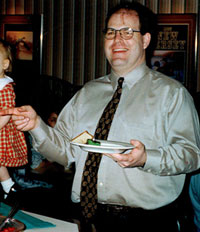 Encounter #1 and My First goal

In January 2011—fat and broke, I stumbled across a fact: one pound of fat equals 3500 calories. As someone who burned about 3500 calories a day riding a bike to work, I realized that losing weight was a mathematical possibility.

On July 24 at 190.2 pounds I declared victory and took a few months off to revel in my clownishly large clothes.

I read The Four Hour Work Week to get a bunch of facts and I set a new goal: I would be out of debt by July 24.

I launched three ventures based on the book that I was sure would lead to accomplishing my goal and…totally failed to be out of debt by July 24 or any other day of that year. As I performed a post-mortem on the year, I figured the problem must have been in my goal-setting and resolved to become “a goal-oriented person.” I was going to “get serious about goals.”

And so I read about goals, took a class on goals, built Evernote templates and routines to track my goals. I went on planning retreats to create my goals, which I reviewed weekly, monthly, and quarterly. I even collected inspirational quotes about goals:

When it is obvious that the goals cannot be reached, don’t adjust the goals, adjust the action steps. — Confucius

Setting goals is the first step in turning the invisible into the visible. — Tony Robbins

By the beginning of 2017, I was deeply suspicious of this whole “goal” thing.

I had read Scott Adams’ essay, Goals are for Losers and wanted to believe it, but all the successful people were writing books that proved that goals were key. I went all in and attacked my goals with all the energy, attention, intent, and money they asked for.

By the time I hit October, the writing was on the wall and I knew that my five-year goals experiment was dead. The last nail in the coffin was meeting Gretchen Rubin and learning about her tendency framework, which fingered me as a “rebel“—a person for whom goals were kryptonite. It turns out that, for me, the very act of setting goals (which I had spent so much time and attention on) made it almost certain that I would not accomplish them.

So last December I gave up on goal setting. Gone were SMART and SMARTER goals with their (for me) self-defeating specificity, timelines, deadlines, and measurements. I replaced goals with a theme and a bit of time-traveling, pre-hoc evidence of success.

You read that right—2018 already happened, at least for the purposes of my plan.

Where goals are specific, a theme is general. A theme of “fitness” has me scanning the world for opportunities to get fit (e.g. a friend asks me to ride a bike with him to work, a relative gives me a gym membership) and I succeed every time I participate in any activity. But a goal of “I will run the Salt Lake City marathon” locks me into one type of activity: running—and I’m a failure until I have run the marathon.

For 2018 my theme “was” credibility. As I “looked back” on how I ended the year with more credibility than I started, I looked for evidence of what I had done to become more credible. This looking backward for evidence helped me narrow and prioritize the scope of opportunities I expect to run into over the course of the next 12 months. I’ll share one of the four areas of my life where I “was credible in 2018.”

I was a credible professional. I spoke accurately and optimistically and played full out. Specifically, I:

A month and change into 2018 and the results are remarkable. My income is up a bit and my body fat is down a percentage point. Amazingly, three of the “goals” that I didn’t achieve in 2017 are happening all by themselves now that I’m ignoring them!

I have a new quote about goal-setting:

If you’re not getting what you want, change what you’re doing. — Adam Robinson (at 4:32)

I’ve come to realize that goals are tricky things: for those (few?) people who can make them work they are magic. (These people go on to write books about setting goals.) But for the rest of us, there’s probably a better way.

If you’re ready to look for a better way, check out Scott Adams (and especially his book, How to Fail at Almost Everything…) or take a look at this thread on Gretchen Rubin’s site where more than 70 people weigh in on what works for them—it was a big help for me.