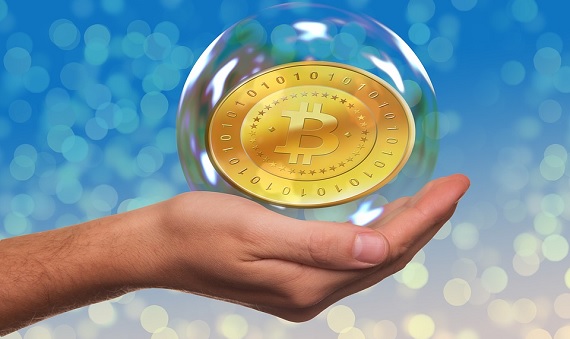 But I’m hoping it’s just that blockchains and cryptocurrencies are, in fact, really hard to understand. If that is true, there is hope for my becoming a blockchain expert in 2017. Here’s what I’ve done so far:

One piece of advice I read was to actually get Bitcoin and start doing stuff with it. This makes sense because it puts skin in the game and provides focus. But what is the best way to get some BTC (or XBT, as it is known on the coin exchanges)?

A quick vocabulary note: Generally bitcoins (with an s) are what the blockchain creates, Bitcoin (without an s) is what you trade and spend. There are basically three ways to get Bitcoin:

I’ll write in detail about what bitcoin is and where it comes from in a future post (once I figure it out). But for now, I need to understand that there is a limited supply of Bitcoin and that supply increases every day as more coins are extracted from the blockchain.

Bitcoin has been compared to gold, and the comparison is apt because like extracting gold from the earth, extracting coin from the bitcoin blockchain involves work. So it makes some sense that the process of creating new coins is called mining and the people who do the extracting are called miners.

While gold is mined with shovels, bitcoins are mined by computers solving a continuous math problem and having other computers agree when the problem is solved. In theory, anyone can become a miner. Both the blockchain and the process are open source and freely downloadable. Back in the early days of Bitcoin, you could mine bitcoins on your Best Buy laptop between rounds of Minecraft.

Like the many gold rushes of the past, the race for bitcoins has pushed aside the grizzled solitary, shovel-wielding prospector in favor of the powerful and well-funded mining companies. Mining bitcoins now requires very fast, very specialized computers that gobble huge amounts of electricity and produce massive amounts of heat. While it used to be possible to mine bitcoins anywhere, it is now primarily done in just a few places like Iceland. (Click the video below to find out why Iceland is a great place to mine bitcoins.)

I want to get bitcoins and I really liked Iceland, but I can’t see myself buying an expensive computer and moving there for the purposes of this experiment.

I won’t be getting my Bitcoin by mining.

Have People Give You Bitcoin

Believe it or not, there are actually sites that used to hand out fractions of Bitcoin so that people could play around with them. This was fine when a fraction of a bitcoin was worth a few cents. But don’t expect a handout now.

People have been buying things with Bitcoin since May 22, 2010 when Laszlo Hanyecz bought Bitcoin immortality for himself by paying 10,000 Bitcoin for a couple of pizzas. If you sell merchandise or a service, you can accept payment in Bitcoin and there are Bitcoin processors (like Bitpay) who will take care of this for you. There are probably tax implications here (aren’t there always?), so get a Bitcoin-qualified accountant on the line before you take this one on.

Also, don’t expect a lot of Bitcoin to come rolling in; people don’t seem to be anxious to part with their Bitcoin. No one wants to pull a Laszlo Hanyezc, so most people who have coin are speculating that the price will go up and holding on to it.

Some people have decided to get Bitcoin through extortion, but that also has some negative implications.

Since no one is going to give me Bitcoin and I have nothing to sell and I’m unwilling to spend time in a federal prison, it looks like I’m going to have to…

Because I’m just starting out, I’m going to use a middleman company.

There are a lot of these and the history of these middleman companies has included some pretty shady behavior. Also, different companies have widely different fee structures. Choosing a company to buy from involved reading a bunch of reviews and thinking about what I want out of this purchase.

My big concerns are ease of use, rock-solid reviews, low fees, and as much idiot-proofing as possible. I also want to get coins from both the bitcoin and ethereum blockchains, so I want to use a company that can sell different coins.

After an hour or so of reading, opened an account with Coinbase and used my credit card to buy $100 worth of Bitcoin.

Now I Own Bitcoin

What I own is the promise from Coinbase that they are holding .04139296 Bitcoin in an account with my name on it. The as far as the blockchain is concerned, I don’t own squat.

In my next post, I’ll get ready to take ownership of my Bitcoin by figuring out wallets. Here’s a sneak peak—your wife is right, velcro wallets are totally out.